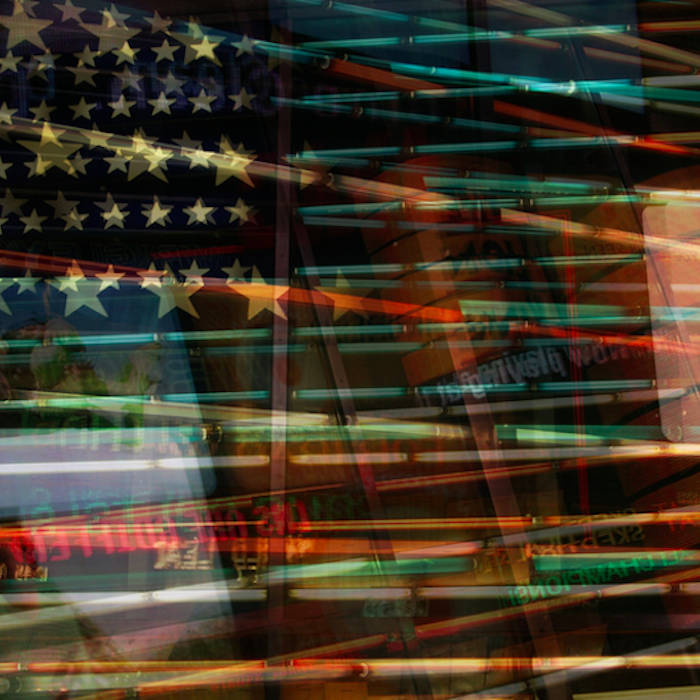 After nearly three years Ryan Allen and his friend Neil McKown recorded 15 songs to create 'American Wakes' in 2009 under the name The Benjamin Banneker Band. Years later the band and the sound transformed into what is now known as Bandelier. Even though the previous incarnation is a different sound, the current lineup wanted to share a few songs from the record which they now reinterpret for live shows.

"Hailing from Tulsa, Oklahoma 'Bandelier' take pride in their rolling hills and red dirt roads. They seep in an American melting pot of musical traditions from folk, country, rock n roll, blues, gospel, and even Native American tribal songs. With themes of faith, the road, and death the band takes their place in a long line and an old lineage of simple folk music but stand out experimenting with spacey soundscapes and complex musical patterns; they somehow make something old new again. Ryan Allen's voice is jagged and airy as Karen Dalton, nasally as Woody Guthrie and yet at times has the echoey tenor range of Flaming Lips' Wayne Coyne. His unique raw voice weaves with Chris Comb's (Jacob Fred Jazz Odyssey) smooth and intricate blues guitar infusing the "Tulsa Sound" which was paved by JJ Cale among others. 'Bandelier' are just as much freak folk as they are country and with jazz influenced songs like 'Pauline' they are often described as New Western Swing which is no coincidence coming from its' birthplace; Bob Wills' Cains Ballroom. With ragged horns, droning pump organ, classic pedal steel, deep tribal drum, and a one hundred year old piano 'Bandelier' steadily drive through their ambitious 15 track album called "American Wakes" that took over five years to make. At times harsh, others sweet; this wide album is a diverse, complicated and beautiful mess." +OTPblogspot

Bandcamp Daily  your guide to the world of Bandcamp